The Invigorating Hike to the Top of Murchison Falls

Home Activities The Invigorating Hike to the Top of Murchison Falls 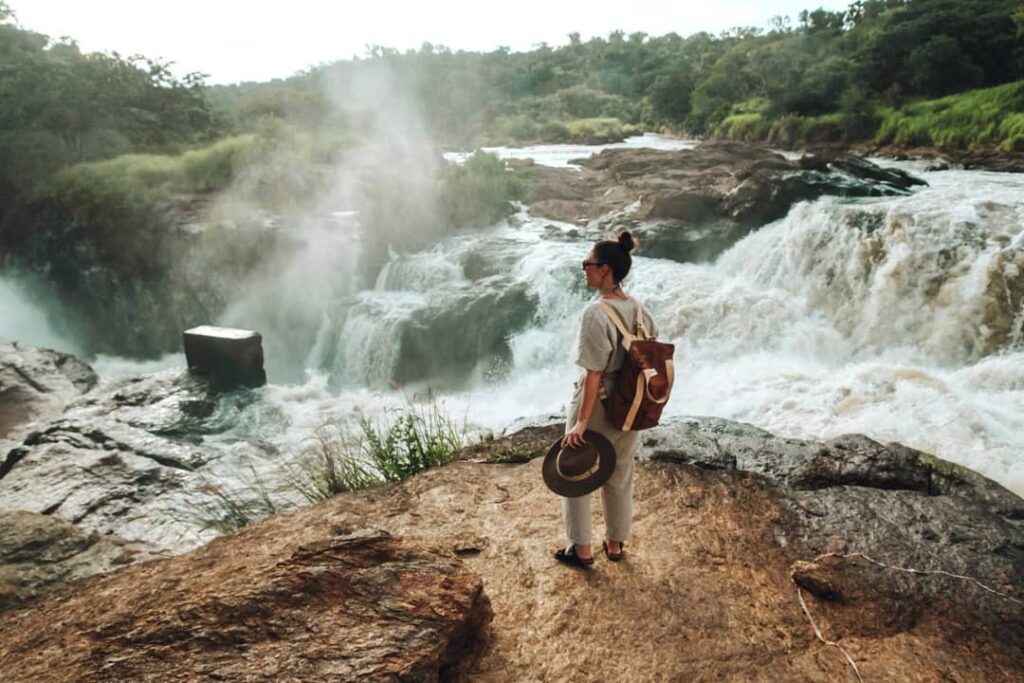 The Invigorating Hike to the Top of Murchison Falls 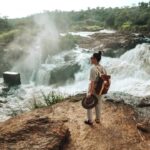 Positioned within Uganda’s largest and oldest National Park, Murchison Falls is the most wonderful landmark along the course of the great River Nile. The Murchison Falls is undeniably one of the most powerful and breathtaking waterfalls on the Nile along its 6670 kilometers (4160 miles) length. They are formed at a point where the 50 meters wide Victoria Nile is squeezed through a narrow gorge of 7 meters gap in the rock and forced through this narrow gorge with mind-blowing power, hence making it one of the must-see sights to see during Uganda safaris. Additionally, this waterfall derived its name from Sir Roderick Murchison, president of the Royal Geographic Society at the time of its discovery by Sir Samuel Baker and it featured in the Katharine Hepburn and Humphrey Bogart documentary – “the African Queen”.

This 45 meter-waterfall used to be stronger in the past until the 1962 massive floods that cut a second channel forming a much smaller Uhuru waterfall, at about 200 meters to the north. There is an interesting and physically demanding hiking trail from the top to the bottom of the river and towards the upper extent of this path offering clear views of the Uhuru Falls, at a boat cruise cannot deliver. Also referred to as Murchison’s sister waterfall, Uhuru was formed as a result of breaking away of water from the Murchison Falls at the time of Uganda’s Independence in 1962 thus the name Uhuru (Swahili word meaning Independence).

Hiking to the top of Murchison Falls is one of the most exhilarating activities that cannot be described in words and like a marathon where a winner is given a medal, anyone that finishes this hike is rewarded with one of the most jaw-dropping views. Many travelers who take safaris in Murchison Falls National Park do not miss hiking from the bottom of the falls to the platform where you can see these falls from the top. This experience that has been nicknamed “Top of the Falls Tour” is one of the adventure activities that travelers taking Uganda safaris do not miss while in the Murchison Falls National Park.

Much as it is somewhat straightforward, you are required to go with a ranger guide where you will start with a boat trip until the trailhead where you will meet the guide. After the hike, you will again be packed with a boat if you are planning to go on an afternoon launch or prepare a vehicle to take you out. After only 2 hours boat trip along the Nile River, you will reach the base of the fall to head for the hike to the top of the falls.

This invigorating hike usually begins at Bakers’ point, the site where Sir Samuel Baker stood on a giant rock and you will also get a chance to step on it. It is said that he stood here while proclaiming the spectacular waterfalls in 1864 as Murchison Falls, just like they are currently known. While here, you will start being inquisitive walking in Sir Samuel Baker’s shoes, and also imagine what was lingering in his head as he took the walkthrough part of Mother Nature’s unexplored beauty at the heart of the most breathtaking scenery. One amazing thing that will take your breath away is the white form that Murchison and Uhuru Falls form but standing at this point will offer clear views of the Murchison Falls and also get the chance to take many beautiful pictures.

After some time of countless clicks of cameras, tourists start their hike which lasts from 45 to 90 minutes depending on the size and pace of movement of the group. You will finally be at the top of the falls where you will forget the hurdles, toiling, and pain you went through but only focus on the cool fresh air that will blow away the exhaustion in addition to the beautiful sounds from the falls that reach your ears.

Therefore, the hike to the top of Murchison Falls is one of the interesting activities tourists enjoy when they visit Uganda’s oldest and largest National Park. While here, views of this powerful waterfall as well as the Uhuru Falls can be enjoyed by enthusiastic hikers.