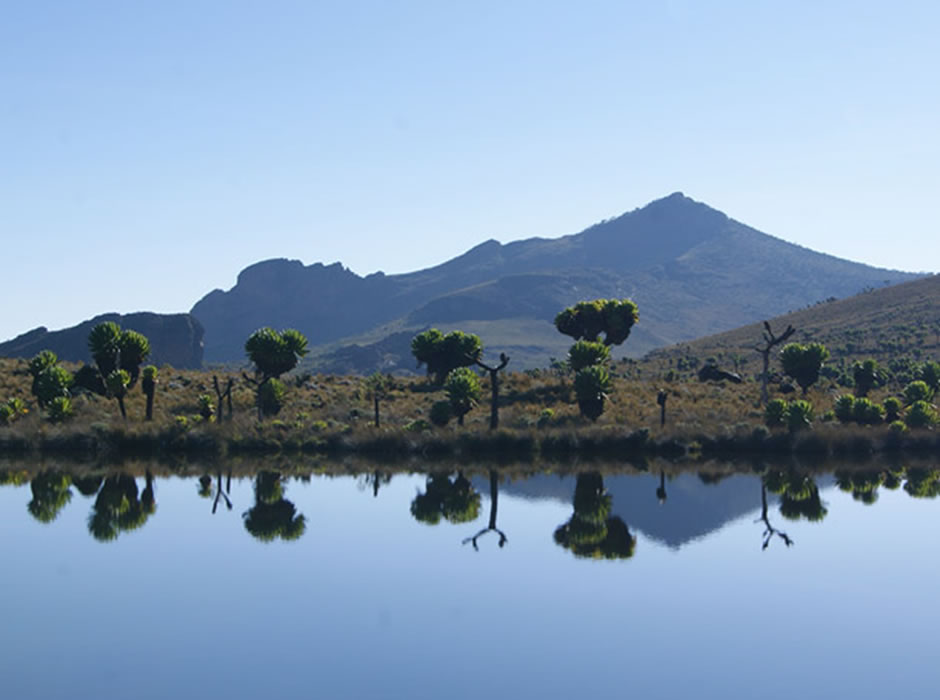 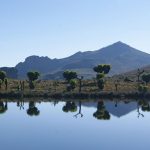 Climbing Mount Elgon in eastern Uganda shouldn’t make you worry because there is no way to compare it with that of Mount Rwenzori in Western Uganda.

As a Uganda tour guide, young and energetic and on top of that being adventurous, I was always waiting for any client who wanted to climb Mount Elgon so that I can also get a chance to accompany him and see what mother nature has in store for me on top of this mountain.

It was one day when I received a letter from my boss that there are some tourists who want to climb Mount Elgon and that I will drive them to and from there.

On this page, I will give you our detailed journey to the top of Mount Elgon in Uganda. If you have ever climbed that Mountain I will be happy to get your side of the story.

We were accompanied by two armed rangers, and twelve porters to carry all our stuff, which was something of a record. It was a bit Victorian, but we had decided that if we were going to do the trek at all, it would be in comfort so we had our wine, our water, chairs, and feather pillows as well as all the usual camping gear – and we had the virtue of knowing that we were contributing handsomely to the local economy.

The first day we walked up through a beautiful podocarpus forest that gradually gave way to bamboo as we climbed higher.

The air was crisp and clean, the sun-dappled the earth in pools at our feet and we had the whole forest to ourselves – apart from the rangers and 12 porters, that is! We stopped frequently for breathers, drinks, and snacks, but we still made it to Tutum Cave, our first campsite in the early afternoon.

Water fell in a sheer curtain in front of the perfect arch of the cave and formed pools amongst moss-covered rocks before tumbling down the valley. It was a beautiful sight, but damp and full of bat droppings. Not an ideal place to spend the night, though that is where the porters set up their camp. We chose instead to make use of a platform that had been cleared on one side of the path leading up to the cave.

It didn’t have much of a view but was more comfortable than the cave would have been. After a couple of bottles of wine, nicely chilled in the pool at the foot of the waterfall, we turned in early and all slept fitfully for the rest of the night.

It had been a long time since any of us had ‘roughed’ it and although our sleeping pads were reasonably comfortable they were definitely not what we have become used to! The next day we were up bright and early.

Climbing Mount Elgon was enjoyable because the porters helped us pack up the tent and then organized their own things while we had a hurried breakfast. Lawrence, our guide, had told us that we would have one steep climb and then some ‘ups and downs’ to our next camp 18 km away.

We struggled over the slippery stones that led us up the slope away from the campsite (discounted by Lawrence as a steep climb), but eventually clambered out of the spray zone and found ourselves in an autumn world of crisp, crunchy leaves underfoot and breathing air with a chilly bite to it.

We traversed the head of the valley, ever-climbing, and eventually came into the pure bamboo forest, which was cool and mysterious. The bamboo was in flower and the ground was carpeted with the grass-like seeds of the plant, deadening the sound of our boots.

The wind had dropped and there was only the occasional clack as bamboo stem met bamboo stem above our heads to disturb the silence. It was beautiful and serene. We could have stayed there forever, but we had a mountain to climb.

Lawrence’s steep slope was not the killer we had thought it would be and we surprised ourselves – and no doubt Lawrence and the porters – by reaching Kajiri, our next campsite by 2.00 pm, in time for a late lunch (carried by one of the porters who had been detailed to stay with us).

At first sight, we were not that impressed with Kajiri. There was only one tent platform big enough for our tent and that didn’t have a fire area next to it. But it ended up being our favorite. There was a beautiful, clear stream with small tumbling waterfalls nearby, a tree or two to give shade, and no-one else for miles around – apart from the two rangers and 12 porters.

We braved the icy waterfalls to have showers and then sat in the sun to dry off. That night, with the temperatures dropping almost to the freezing point, we shivered in our sleeping bags. The problem with going to Mt Elgon in February is that although it is usually dry it is also very cold at night – much colder than we had expected.

But we survived and were up even earlier the next day as we had been told that it would be a tough one, with three steep hills (we had come to respect Lawrence’s definition of ‘steep’) to negotiate just to reach the crater rim.

The first hill out of the campsite went on and on – though not always at the same sharp incline, thank heavens. We were out in the open now. The wind was blowing hard and the temperature was cold but the scenery was beautiful. Trees and bamboo had given way to giant Senecas and lobelias. There were white everlasting flowers in abundance, groundswell, candy tufts, harebells, gladioli, red-hot pokers, shoulder-high thistles, and even some forget-me-notch growing by a stream.

Nevertheless, it was a tough day. The hills were really steep and never-ending, the altitude made breathing a struggle and the wind was relentless. At times the world seemed to telescope down to lungs and feet: breath in two steps, breathe out two steps, and so on until the pounding of the heart made it imperative to stop.

Only then was it possible to look up and admire the scenery? And there was so much to admire: blue skies; flowers everywhere; and huge, sweeping views across the caldera and beyond (though, Wagagai, the Ugandan highest peak was still hiding).

We camped that night at Mude Cave, which was an attractive place with lots of shade proved by gnarled cedar trees, but after the peace and isolation of our previous two nights on the mountain, it was a bit too busy for our taste. The next day we set off early. Lawrence, not wanting to be seen by his peers to be leading a group of snails, set off at quite a smart pace. A bit too smart for us ‘snails’.

After about 10 minutes we were gasping for breath and had to stop for a breather and sugar hit from one of our snacks. It was a struggle, not helped by the fact that we had to retrace our steps, to get to the path leading to Jackson’s Summit, his pool, and Wagagai, which is always dispiriting.

Our half-formed idea of stopping for a swim at Jackson’s Pool was rejected as soon as we reached it and saw how bleak a spot it was (it was probably too shallow anyway); we also declined the offer of climbing to the top of Jackson’s Summit: nothing was going to get in the way of our goal of reaching the top of Wagagai. And it didn’t. Even though we struggled towards the end – we were at over 4,000 meters after all – we made it to the top just before eleven. It was cold. It was windy.

But nothing dimmed our sense of achievement. We almost bounced back to Mude Cave and were feeling so good that we carried on to spend the night at the Sassa River campsite. On the way down, we had to sign out of the park and were flummoxed for a while to see that so many visitors before us had just been ‘pottering’ on the mountain. We certainly hadn’t been ‘pottering’. Then we saw the names of our 12 ‘potters’ and the penny dropped!

The Sassa River campsite is at the end of a long trail (longer than advertised) and our knees ached by the time we had negotiated the vertiginous path full of leaf-covered moguls. But a wash in the icy waters of the river and a glass or two of champagne to celebrate the walk revived us and we turned in with all the satisfaction of a goal accomplished.

The next day saw us tackling the Wall of Death – a vertical cliff face, which is not for the faint-hearted, or for sufferers of vertigo. But the wooden, ladder-like steps attached to the cliff face make the impossible, possible, and we were soon at the bottom sitting on a grassy slope at the edge of the national park. The rest of the bone-jarring walk led us through farmland to Bumasola where we had arranged to be collected and then it was back to Kampala and the comforts of our homes.

Climbing Mount Elgon may not have changed our lives but we have made memories, and we had fun while doing so. We might not have been the quickest people to trek to the top of Mt Elgon. We certainly were not the fittest. But we did it, and we had had fun doing it.