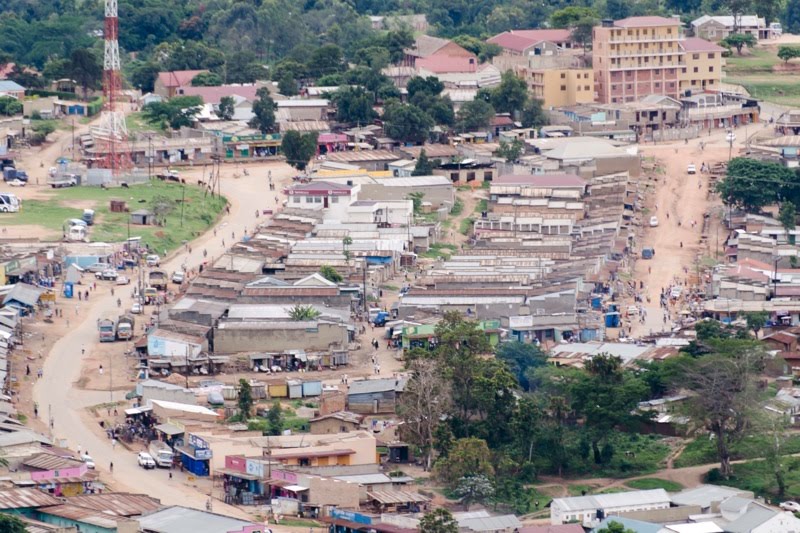 Location : Mubende District is located in central Uganda. It borders
the districts of Wakiso and Luwero to the East, Mpigi, and Sembabule to the South, Kyenjojo to the West, and Kibaale and Kiboga to the North.

Population : The district has a population of about 706,256 people.

Main Town : Mubende is the main town of the district and has a
population

1. Nakaima Tree
The Nakaima tree is located on a hill lying 2 kilometers from Mubende district headquarters on Mubende hill. The site is believed to have been a Fort for the Chwezi dynasty (1350-1400). The place became the official residence of Nakaima, a Princess to Ndahura the last King of the empire. One of the trees at Nakayima’s shrine survived modern developments of the colonial era and was named after her by believers of Cwezi supernatural powers (cult).

The activities at the tree include the sacrifice of animals and traditional worship for wealth and good health. There is also storytelling about the Chwezi dynasty and the Bunyoro Kingdom.

2. Tanda Pits
Tanda Pits are located 8 kilometers to Mityana town, 92 kilometers from Mubende, and 3 kilometers off the Kampala-Mubende highway. The legendary stories explain their existence on one Walumbe (“Death”) who is said to have been the sister to the wife (Nambi) of the first Ganda to live on earth from heaven. The pits were created as Walumbe kept escaping from a brother (Kayikuzi) who had come to return him to heaven. Kayikuzi dug the pits in an effort to capture Walumbe who is believed to have disappeared underground and remained on earth and began the death of people on earth.

The pits whose bottom cannot be seen with naked eyes currently number about 266. Some unknown number of pits were earlier filled to provide land for cultivation and 20 of the currently existing ones have been tampered with since the Department of Museums and Antiquities ceased to assume the caretaking role.

Most magnificent about the pits is their similarity in size and precise equality in diameter.

3. Magonga Shrine
The shrines are located 120 kilometers from Mubende, at Nnono Village, Maganga Parish, Malangala Sub-County. The shrines are believed to be the burial place of Kintu, the first King of the Ganda tribe. The site comprises a tile-roofed house where Kintu’s grave is found and other graves. Near the shrine is a forest where the dead Kings are believed to disappear when they die.

4. Mubende Forest Reserve
The forest reserve is a natural tropical one stretching over 50 kilometers along the Mubende-Kyenjojo road. Wildlife in the forest includes Primates and a wide variety of bird species.

The forest has encroached on human development especially the highway being constructed and settlements.

5. Lake Wamala
Lake Wamala is said to have been born. The lake is found in Busimbi Sub-County. It is of cultural significance to the Ganda tribe who link its origin to the existence of the first King.

The Butorogo rocks have no particular cultural significance but have an attractive scenic view of the surroundings. The rocks are a popular camping site for local residents and foreign non-residents working in the district.

7. River Katabalanga
The river flows through areas close to the Mubende town council. Legendary stories link it to the heritage of the Buganda Kingdom and are said to be the place where Isimbwa killed his brother Kayikuzi.

9. Hotel and Catering Industry
The district had 21 accommodation business establishments with a capacity of 475 beds, at the time of the survey. The industry employed 147 people.

Mityana Kolping House and Nakayima Hotel were the most outstanding accommodation business establishments.