1. Mabira Forest
This is a rainforest area occupying about 300 square Kms in Uganda. It is found between Lugazi and Jinja in Buikwe District. Mabira Forest Reserve is the biggest block of semi-deciduous forest left in Uganda. This is a habitat for many endangered species such as Yellow mantled weaver, Nahan’s Francolin, Capuchin Babbler among others. 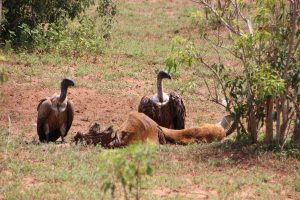 birds of kidepoThis are one of Uganda’s most beautiful parks. It has scenery you can’t find in any other park in East Africa. It is found at Uganda’s border with and Kenya n Sudan, this park provides a magnificent savannah and landscapes on the mountain that ends in a rough horizon. It is in the second position next to Bwindi in bird species. Bird species found in kidepo include; Lesser Kestrel, Rufous Chatterer, Pallid Harrier among others.

mabamba birding swamp bay has developed into one of the most spectacular sites for birding in Uganda. It is the only site or place so far to be rated as the best on the continent where the elusive Shoebill can be viewed at any time of the day. Mabamba bay in recent years has been surveyed and now has over 260 species and among these, there is Papyrus Gonolek, Malachite kingfisher, Blue Swallow, Spur-winged, and Pygmy Geese, Northern Brown-throated Weaver, Papyrus Canary, Goliath Herons, Caruthers’s Cisticola, and many more. 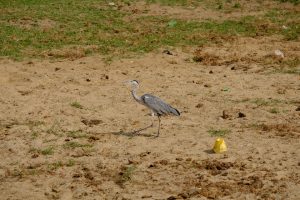 This has a variety of uncommon habitats and very many superb birds worth for every birder. Here the birding experience is immensely influenced by the abundant wildlife and scenic landscape. Like in some other parks, the Shoebill stork is the top tourist attraction in Murchison Falls along the shores of Lake Albert and it is among the few parks where one is almost sure of seeing the birds. 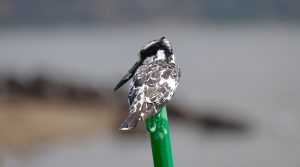 This is surfaced by tall grass savanna and dotted with Acacia and Euphorbia trees. This park contains a large area of wetland and harbors many species of mammals and a great bird population. Here you are most likely to encounter when driving through are; Nubian Woodpecker, Crested Francolin, Broad-billed Roller among others.

6. Semliki National Park
This is located in the extreme western part of Uganda in the Bundibugyo district. It is along the D.R.C and Uganda border in the western arm of the Eastern Rift Valley. A bigger number of Guinea Congo bio species reach their eastern limits here. In this park, there are some of the most spectacular and sought-after birds of the continent such as long-tailed Hawk, Congo Serpent Eagle, Nkulengu Rail, and Black wattled Hornbill. 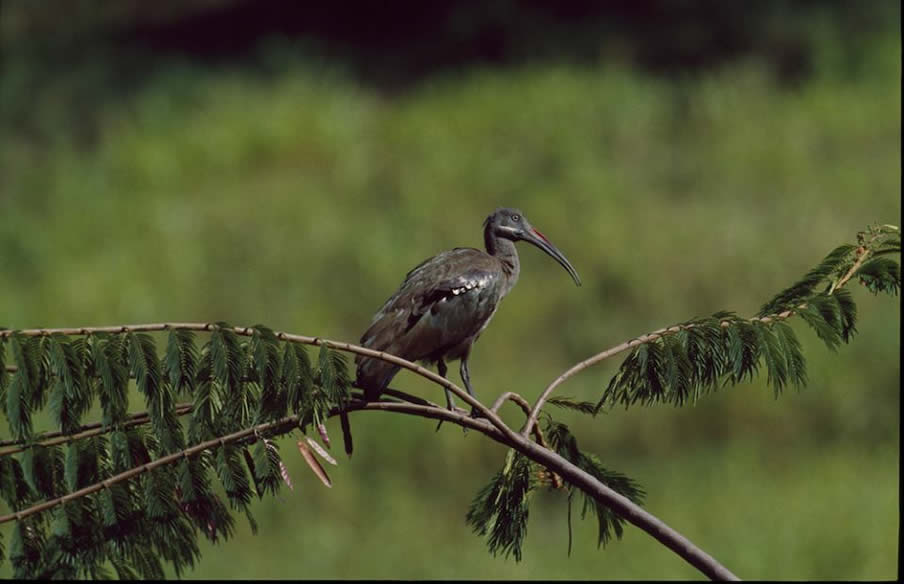 This is a renowned national park that protects an extensive block of rainforest that gives excellent growth of flora and fauna. With tropical rain forests and interesting diversity, it is one of the most remarkable and beautiful forests in Uganda. Here birders lookout for the endangered Nahan’s Francolin species, in addition to other famous species, such as the Great Blue Turaco, White-naped Pigeon, Blue shouldered Robin-Chat, Yellow-spotted Barbet, Purple-headed Starling, Black-billed Turaco, Red-chested Flufftail, Joyful Greenbul, Green-breasted Pitta, Cabanis Greenbul, Grey-throated Tit Flycatcher, and others.

8. Bwindi Impenetrable forest
This is located in the Kigezi highlands of South Western Uganda. The altitudinal variation, combined with its location within the Albertine Rift presents Bwindi impenetrable forest as one of the most diverse and richest forests in East Africa in terms of flora, butterflies, primates, and bird species. Bwindi is a bird watchers’ haven, holding a record 347 species of both endemic and migratory birds.

9. Rwenzori National Park
This is found in western Uganda on the border of Congo covered all year by snow. A tour to Rwenzori is a rewarding and spectacular experience that must be well planned. This mountain is popularly known for its muddy and slippery trails, steep and frequent rain. This park has got 217 species in total which have been recorded and it contains 18 restricted-range species.

10. Bigodi Wetland Sanctuary
This is situated in the highlands of western Uganda, on the fringes of Kibale forest, and in the Shadow of mountain Rwenzori. This wetland sanctuary has 8 primate species and other numerous interesting mammals and over 200 bird species, many reptiles plus varieties of trees. Here the favorite starting time for the tour is 7:30 up to 9 am or at 3 pm. Visitors tour these wetlands under the instructions of a trained sanctuary guide. Birds are all over in this sanctuary though the visitor’s favorite is a permanent resident, the great blue turaco.
If you enjoy bird watching, book a safari to Uganda and you will have a lifetime bird watching experience.