Where to Go Primates Tracking in Uganda

Home Wildlife Tourism Where to Go Primates Tracking in Uganda 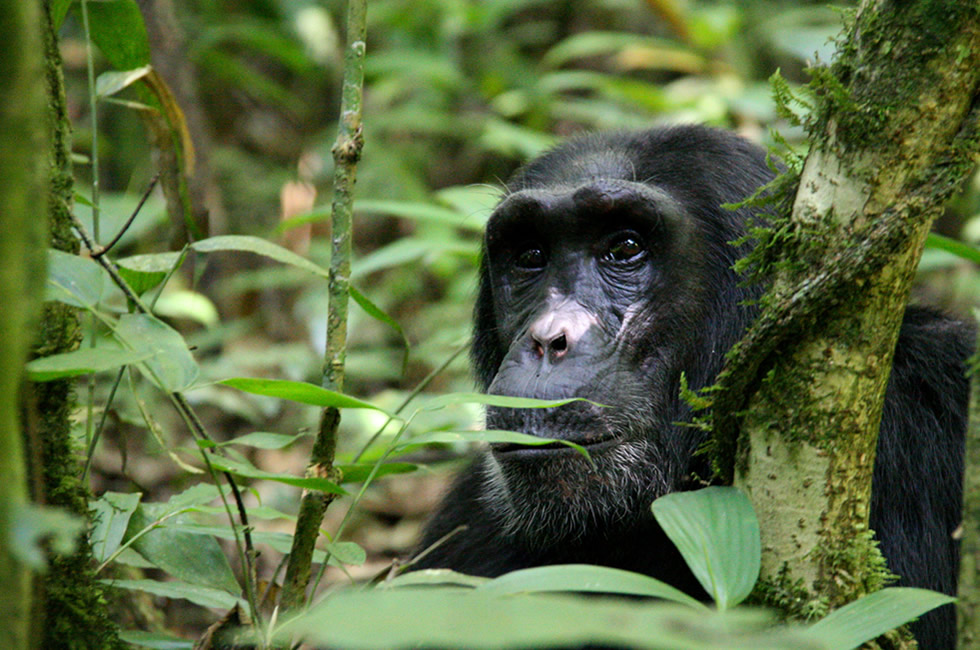 Where to Go Primates Tracking in Uganda 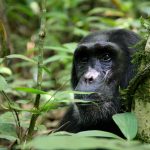 East Africa, as a whole, is one of the most well-recognized safari destinations for tourists looking to see a variety of wildlife that is rare and exotic. What most tourists don’t realize, however, is what sets Uganda apart from other destinations such as Tanzania and Kenya.

Thanks to its moist climate, Uganda has an enormous amount of rich and dense forests, making it a perfect home to species that are absent from other parts of East Africa. Yet, unlike similar forests in other parts of Africa, Uganda’s forests are easily accessible for viewing forest wildlife, especially primates!

Primate-inhabited forests are under threat in Uganda, as they are in other parts of the world because of the increasing number of people all struggling to find a place to live. The number of species living in tropical forests is much higher than elsewhere, and a proportionately large number of species are finding it harder to survive. Monkeys and apes of the forests are among the worst affected, with nearly one in four monkey species worldwide being very close to extinction.

Forests have delicate ecosystems and many primate species have evolved a specialized lifestyle, causing them to react poorly to sudden changes in their environments such as loss of habitat and human encroachment.

Uganda is home to over 300 mammals, primates being exceptionally well represented among them. With around 20 species of primates, both day-dwelling (diurnal) and night-dwelling (nocturnal), the variety and bounty of Uganda’s primate population are unparalleled.

The best known Ugandan primates are the great apes. Most rare is the Mountain Gorilla, Gorilla beringei beringei, which inhabits Bwindi Impenetrable National Park and Mgahinga National Park in Southwestern Uganda. Mountain gorillas, one of three gorilla subspecies, are some of the most endangered animals today – with an estimated total population of 1000, mountain gorillas are living on the brink of extinction.

Thousands of visitors travel to Bwindi every year to see the majestic mountain gorilla, helping the communities of Bwindi, Kisoro, and Mgahinga to thrive. Gorillas are the largest of all the primate species, with adults sometimes weighing over 200 kilos.

Only slightly smaller is the chimpanzee, Pan troglodytes, which inhabit most of the western forests of Uganda and can be seen at Kibale National Park, Kaniyo Pabidi forest site near Murchison Falls National Park, as well as Ngamba Island Chimpanzee Sanctuary in Lake Victoria. Chimpanzees are extensively studied in the wild and in captivity and have been found to be incredibly intelligent primates with the ability to understand and speak sign language.

Genetically, they have been found to be closer to humans than any other creature, as they share over 98% of our DNA. Unlike gorillas, who eat mostly leaves, chimpanzees eat primarily fruit but have been witnessed hunting and killing the colobus monkey for food. What is less well-known, is that Uganda is also full of monkeys.

There are five different types, or “genera”, which include the colobus, the guenons, the baboons, the patas and the mangabeys. Some of these monkeys are as widespread and easily seen as domestic animals in other parts of the world. The vervet monkey, Cercopithecus aethiops, a light gray guenon, is thought to be the most numerous monkey species in the world and can be found everywhere in Uganda except the forests.

Highly intelligent, vervets have specialized calling systems distinguishing them between aerial or land predators. Patas monkeys, or Erythrocebus patas, look quite similar to vervets and also are terrestrial primates. The patas has a reddish-brown coat, unlike the vervets grey coat, and is restricted to the north of Uganda, in Kidepo and Murchison Falls National Park.

Baboons, or Papio Anubis, are heavy and terrestrial primates and are easily recognized because of their size and their long, canine snout. Like the vervet, baboons are highly adaptable and have become the most widespread primate in Africa. They too live in large, social groups and you will often see them feeding and grooming on the roadside. The olive baboon, the only type found in Uganda, can be found in all of the National Parks except for the three mountainous parks.

Probably the most viewable primate within the forest strata is the black and white colobus, Colobus Guereza. These beautiful primates live in most of the Ugandan forests, as well as river woodland. They dwell entirely in the trees and are easily distinguishable by their black bodies and long white tufted tails and shaggy white sides. They live in small groups and eat only leaves. Their diet is so specialized, in fact, that their stomachs have different compartments to help them digest the leaves that they eat.

The black and white colobus aren’t the only colobus in the forest, either. The red colobus, Piliocolobus badius, which live in large groups and are highly sociable, are only found in the areas surrounding Kibale National Park. They have tufted red crowns and are often hunted by chimpanzees as food.

The blue monkey (Cercopithecus mitis) is the most widely dispersed forest guenon in East Africa. It is common in most Ugandan forests except for Murchison Falls and Lake Mburo and often lives in union with other forest monkeys. Blue monkeys are not, in fact, blue but dark grey with a white throat and chest, as well as tufted grey hair on their foreheads. In the forest, the males make a distinctive “pyow” sound as a territorial marker that can be heard from a far distance.

The red-tailed monkey, Cercopithecus Ascanius, is also a forest guenon but its tail is, in fact, red. The red-tailed monkey is also brownish with white whiskers and has a heart-shaped white patch on its nose. Red-tailed monkeys are often found with blue monkeys, and they can be found in Kibale Forest, Semliki, Queen Elizabeth and Bwindi National Parks, as well as Budongo Forest and Mpanga Forest.

L’Hoest’s monkey is rarely visible because it usually dwells in dense secondary forest and undergrowth. It has a black face and backward-facing white whiskers and usually carries its tail upright. If one is lucky, they can catch an L’Hoest’s monkey in Kibale Forest, Bwindi or Maramagambo Forest within Queen Elizabeth National Park.

A large number of primates that live in Uganda’s forests are never seen by tourists because they sleep during the day and are only active at night. These include the bushbaby (Galago) – of which there are five different species in Uganda – and the potto (Perodicticus potto). Both species are nocturnal, although the shrill cry of the bushbaby is a distinctive sound of the African night. Both primates are more closely related to the more primitive prosimians, like the lemurs of Madagascar. At Kibale Forest, there are guided night walks on which one can see these nocturnal primates.

As one can clearly see, Uganda is rich with primates. Each primate species has its own quirks, behaviors and each species can provide a primatologist with a lifetime’s worth of study and research material. The scientists that contribute to the International Primatological Society each understand how vital their role is – a better understanding of each primate species will enable them to spread awareness and help ensure that primate’s survival. The responsibility, however, does not lie with the scientist alone.

Wildlife parks and forest reserves have been created to enable their animal inhabitants to survive and thrive while also serving to educate the public – tourists and local communities alike – about the wonder each species has to offer. These sites are set up initially to enable tourists to share in the experience, but these sites and the rangers employed are all that stands between some of these primates and extinction. And each of them relies on visitors to maintain its services to the wildlife community.

In conclusion, Uganda is the best place to visit in Africa for a primates safari. For more information on visiting Uganda’s National Parks and seeing these primates for yourself, please visit https://www.ugandaparks.com. To see chimpanzees near the Congress site in Entebbe, please visit www.ngambaisland.org